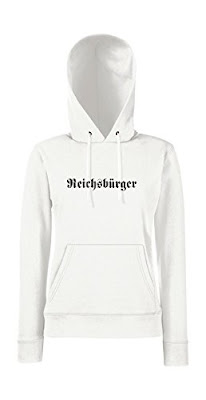 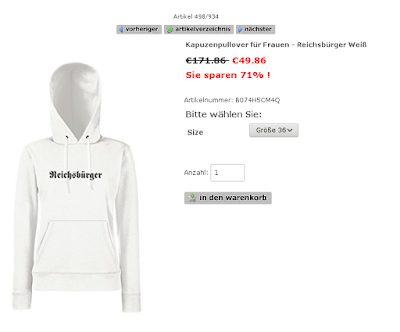 ...reminds me of something... Reading that the Egypt President Abdel Fattah al-Sisi issued a presidential decree on Thursday afternoon appointing his office director General Abbas Kamel as acting director of Egypt’s General Intelligence Directorate let me think about the past.

I wonder if the Abbas Kamel mentioned in an unclassified cable about IRAQI MEDIA OUTLETS BASED IN JORDAN: PROFILES is the one who is now the acting director of the Mukhabarat:

In 2015 my old friend Nizar Manek wrote - together with Jeremy Hodge - an excellent paper about Opening the black  box of Egypt's slush funds and there Abbas Kamel appeared again. Nizar wrote:

So Abbas Kamel, who is named by Intelligence Online  the eminence grise of Egyptian President, is somehow famous. It is obvious that a few people getting bad-tempered about this.

...is also maintained by vessels, but obviously it is not so easy to detect every single entity. Actually it is reported that South Korean authorities have seized a Panama-flagged vessel suspected of transferring oil products to North Korea. The vessel named KOTI is the former SEMUA SEJATI. The IMO number of a vessel remains linked to the hull for its lifetime, regardless of a change in name, flag, or owner. Due to the ongoing reflagging and renaming of vessels one must look for the shipping company, the owner etc. In this case owner and manager of the KOTI resp. the SEMUA SEJATI in former times was SEMUA SHIPPING in Malaysia. This is a company with a rich history of details, documents, addresses etc.

Information: I do not suggest that any of the companies, agencies and persons I mention in this Post are engaged in illicit activity.

SEMUA SHIPPING is a subsidiary of Hoe Leong Corporation Ltd., a company holding stake in various industries and which already gained experience in the difficulties doing business with shipping. The wind for SEMUA SHIPPING sesms not to be friendly in these days. And various industry newsletters and media reports are confusing, because some other entities - subsidiaries and owners - are mentioned and somehow connected. Bloombergs says, that "Semua Shipping Sdn Bhd owns and operates a fleet of oil and chemical tankers, as well as tugs and barges. It serves oil companies. The company was incorporated in 1980 and is based in Kuala Lumpur, Malaysia. Semua Shipping Sdn Bhd operates as a subsidiary of Semua International Sdn. Bhd." Bloomberg also says, that "Semua International Sdn. Bhd. is an investment holding company which through its subsidiaries provides oil tanker and transport logistic services. The company is based in Malaysia. Semua International Sdn. Bhd. operates as a subsidiary of Sumatec Resources Berhad." Regarding The Star Online Sumatec is "the company, which manages and oversees the production operations of an oil and gas field in Kazakhstan, told Bursa Malaysia that the order for the winding up of Semado, a subsidiary of shipping firm Semua International Sdn Bhd in which the company has 49% stake, was given on April 13.Sumatec said it did not control the associate company and its subsidiaries. “The winding up order was only found out by the company’s own initiatives on May 15, 2017,” it said."

At the moment it seems that SEMUA SHIPPING owns those vessels:

The last two of them listed above are sailing actually under another name: The former SEMUA SELAMAT sails now under the name ES ASPIRE, currently on the way to Pontianak in Indonesia. The other one - LADY ASTRID - is now LISSE, sailing under the flag of the Marshall Islands.Regarding the last report (Jan 01, 2018 21:35 UTC) the LISSE is anchored in the Russian port of Novorossiyk. Years ago food aid was shipped by the Russia's state-owned United Grain Company via this port to North Korea. Compared to North Korean interests Novorossiyk is an interesting location: 2004 a truck with a 30 kg box of radioactive americium arrived at this port.Various media reports describe the shipment of weapons from Novorossiyk to Tartous, which is Russia's military facility in Syria. One vessel shipped on behalf of Almar Shipping, the company which transported weapons from the Ukraine to South Sudan. And Novorossiyk is also mentioned in a statement from OFAC, which has "designating four companies because they materially assisted, sponsored, or provided financial, material, or technological support for, or goods or services to or in support of,OJSC Sovfracht, which was previously designated under E.O. 13685 for being owned or controlled by an entity operating in Crimea", here the fuel supplier Solid Ltd., located at ul Mira 4,Novorossiysk, Krasnodarskiy kray, 630024, RU.

Also interesting in this story are the Marshall Islands, mentioned by the US State Department as a country/jurisdiction of Primary Concern. Obviously for good reasons: In 2016 NK Pro titled Mongolia enforces latest sanctions on North Korean ships and mentioned the Dawnlight, a ship which is "blacklisted by the UN, the U.S. and was previously owned by a Singaporean company which helped North Korea smuggle weapons. According to the Equasis Maritime Database, it ended up in the hands of Sinotug Shipping, a company in the Marshall Islands with a limited footprint."

The here mentioned events might be totally irrelevant, but it is necessary to go to those shady places where rogue states as North Korea are finding the things they need or they want to sell. Novorossiyk definitely belongs to this category and who knows what kind of cargo will be loaded or exchanged there between the anchored ships.