A few days ago „The Economist“ commented the situation in North Korea. At least the author wrote somehow open and impassioned about the further dealing with the regime in Pyongyang: „…taking every opportunity to undermine the regime, as the West did in eastern Europe during the cold war. The Soviet era teaches that nothing is more potent than exposing people to the prosperity and freedoms of the world around them. So outsiders should pay for North Koreans to travel and to acquire skills abroad, support the radio stations that broadcast into the country, back the church networks that supply documentaries and films and turn a blind eye to the smuggling networks and the traders…“

Well spoken, but it seems that many people don´t want to listen. I mention the following episode not for the first time: A time ago I took part in a discussion about how to deal with North Korean politicians and – more important – how to find the right dialogue partner. I told the small audience of US and German officials and academics my opinion: Hack the ORASCOM database and there you will find for sure some interesting people from the inner circle. Well, it was a low key reaction.
Two weeks ago I gave a very brief lecture for officials  about Information Operations and explained the simple system of undermining a system with information: 90 % of the information operations have to be open and open minded, combined with a clear statement about the source. More thrilling are the remaining 10 % : Clandestine, covert operations. Even this audience was not so happy about this, but – fortunately someone asked me later for being more precise about my ideas. 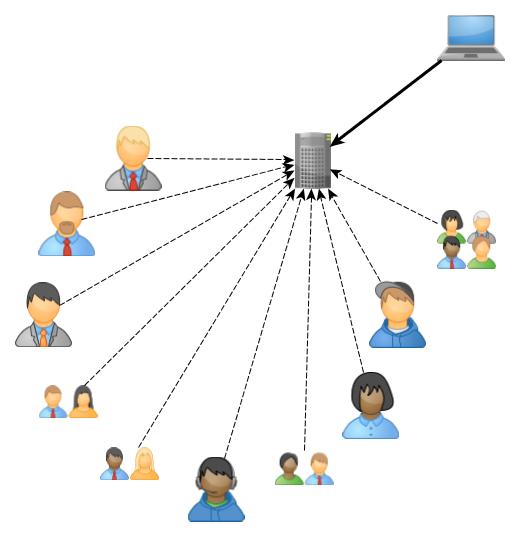 Why are the people so shy when it comes to real work? There ist a lot to do and in North Korea one can find a interesting target for open and covert work. Before you can undermine a regime, you have to collect data, produce information, later knowledge, build up contacts. It seems that most of the people I talked to are not sure where to begin and so I will list only a very few aspects from my not published manual „Detecting, analysing and neutralising hostile intelligence networks“:

After assembling a small, independent team you can trust – no bureaucrats, more free-spirited people with experience – think about your strategy. Don´t make the same mistake as many others before and think too short and to traditional. The most time there will be no common intelligence cycle and this stuff. Start with a Red Hat Analysis and a Structured Brainstorming. This means for you: Talk with everybody who is able to talk about single persons, their special business etc. Maybe you will meet this persons in the restroom of a Korean snack bar – no matter. Even the North Koreans go out eating or shopping. Do you know where it is? Do you know the owner of the supermarket they go to? Can you fake an accident with your bike and their car outside of the restaurant? Many friendships are basing upon strange or funny situations… And if you want to meet smugglers, traders and criminals, connected to North Korea, get familiar with other people, e.g. from Vietnam, Japan, Russia etc.: Not because they are criminals in general, but they are homeland of interesting organised crime groups, which are making business not only with a North Korean fan of South Korean movies on DVD, but with drug addicted officials as well.

Ask yourself and your team: What are the details a North Korean intel officer will think about when planning to smuggle a weapon or meet his Chinese counterpart or a member of the Yakuza? Check the indicators of the entire process: There are many criteria, e.g. reliability or stability. Remember: The indicators in this case depend on a special cultural atmosphere and North Korea is not Paris or Dubai. A North Korean official today is not just attributed to the government in Pyongyang – today there are various fractions, keep this in mind. Try to find his or her fraction, it CAN be a official one.

Talking about fractions: Tight command structures use to implement some kind of compartmentation to regulate ore more: to restrict the information flow inside of the organisation. Control is everything in North Korean intel services, but it´s too late to keep on controlling them. And this is your chance to take over. The ever controlling and observing system avoids innovation in the system, but of course there are younger people with the energy and a strong will to innovate things. In the upper circles oft he system/the ministries you will find people which have a secret to hide. Outside of North Korea you can find people with their relatives inside, they want to get them out – help them.

Feed your database with every detail you find about North Korea and the people. If you can upload a directory from 1995 – that´s fine. I found many interesting people in directories from 1990 or 1991, still in business today. Try to manage a Social Network Analysis with the persons you are collecting in your database and cooperate with one or two persons in the region, which are able to read AND to understand Korean.

You will meet North Koreans outside of North Korea, e.g.in Ex-Yugoslavia, in Switzerland, but in over-crowded and unchecked halls in Berlin or London as well, where people go in and out. Become familiar with the people there, start cooking with them or their neighbour and you will find what you are looking for. Go out and meet people from foreign companies, doing business in countries where it is more easy to meet them drunken and frustrated as it will be here in the „civilised“ world. E.g. you can visit Egypt and meet staff from the China Precision Machinery Import Export Corporation (CPMIEC). Maybe you will find a link for a North Korean co-worker.

Try to meet the enemies of North Korea´s confederates. Go out and meet a dissident from China or a member of the Kachin Independent Army, sitting in the border region between Myanmar and China: Maybe those people will complain about China and maybe they will hate the people who assist the Chinese intel services and will tell you some details about them: the North Koreans.

In theory: You can become more aggressive and try to hack (or let hack) into a few system. There are already hacked files in the underground which are connected somehow to North Korea. Maybe it is not such a good idea to buy a Mini-Drone for 150 € and visit the windows of a North Korean embassy somewhere in Europe… But maybe you will have fun with this like I had fun to write the mentioned manual.
Eingestellt von Stephan Blancke um 14:38 Keine Kommentare: