China - The drone and the cyber space. A reading between the lines. 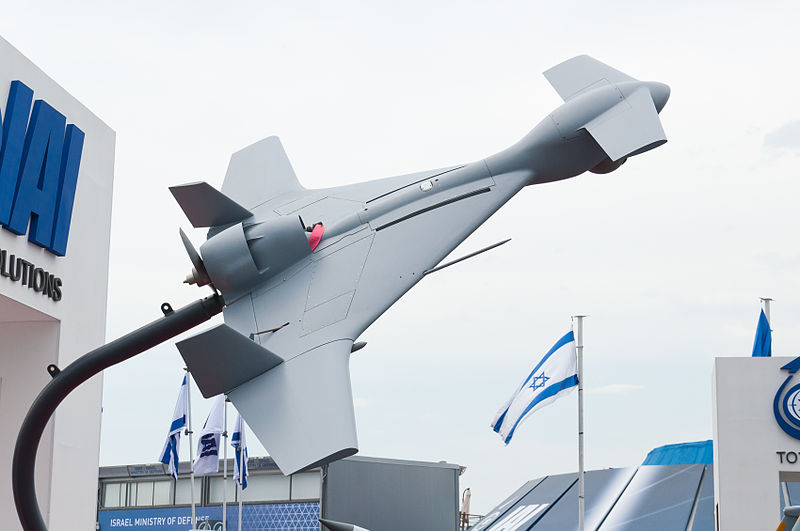 China is using drones only for civil aspects and monitoring terrorists, mainly in the Xinjiang Uyghur Autonomous Region.

Data protection must be partially sacrificed in order to protect citizens from attacks.

An open mind
Speakers from various countries talked in Berlin about the technological change in modern warfare and conflicts with non-state actors. In the foreground next to the use of drones – better known as Unmanned Aerial Vehicles (UAV) – were risks of cyber attacks and asymmetric conflicts. Since it is always difficult to hear official statements about security-sensitive issues it was even more remarkable to get that open notes of Dr. Liang. He is Assistant Research Fellow at the Institute For International Strategic Studies (IISS) at the Party School Of The Central Committee Of The Communist Party Of China (CCPS) in the Haidian District of Bejing, the premier institution for education and training of officials in China. Beside other Chinese think tanks the IISS is not so well known in the media, but nevertheless influential in the Chinese military and intelligence community, e.g. in the discussion about the North Korean nuclear program.

No money for research
Asked about the use of UAVs Dr. Liang said that China would have no sophisticated UAVs. China as a developing country would learn from Russia and the USA, which research would be observed exactly. Due to limited money the development of high-tech UAVs would not be possible for China. For the rest it would be interested in a peaceful development and not in building a threatening weapon system. At least civil UAVs would be used for supervising harvest and disaster control. Finally he admitted that China could imagine using UAVs for monitoring terrorist activities in the northwest of the country. Furthermore he said that – in the long way – UAVs could be a military instrument for China in the future strategic environment.

Obviously this is an understatement, because it is clear that China is working intensively on the development of UAVs and might use them since a while. Already in 2011 the Chinese agencies thought about to use a UAV, equipped with 20 kilograms of TNT, to track and hunt down Naw Kham, chief of the Hawngleuk Militia and a notorious drug dealer in the Golden Triangle, who killed at large sixteen Chinese sailors in the Mekong river area. In the end Chinese security agencies didn´t carry out a UAV strike due to technical reasons and the lack of experience in this area – even though Liu Yujin, the director of the Narcotics Control Bureau of the Ministry of Public Security (MPS), said the reason for that would have been the order to catch him alive. China is working intensively on BeiDou, a satellite based navigation system, which will be used in the future for the navigation of their UAVs.

Despite the statement of Dr. Liang it is worth to mention the efforts of the People´s Liberation Army (PLA) to develop UAVs not only for the ground forces, but for the Navy – e.g. for surveillance of the US fleet near to the Chinese shore – and the Air Force as well. Therefore China is building up a military-industrial complex, which includes intensive Research and Development (R&D). Due to US restrictions of weapons trade China depends on research to bridge the gap to Western design. The IAI Harpy model, produced by Israel Aerospace Industries and sold et al. to China, wasn´t upgraded in 2004 by Israel and so China shows interest in collecting intelligence about new developments and marketing own systems. In 2012 they presented the Yi Long, a tactical UAV. For long range missions they deleoped the Harbin BZK-005 model with a payload of more than 150 kg – which is definitely useless for monitoring agriculture.

As well as with the NATO forces or Russia UAVs are an instrument enhancing the Command, Control, Communications, Computers, Intelligence, Surveillance and Reconnaissance (C4ISR)structure. But sudden accidents like the self-immolation of Tibet monks or the reported attacks on police stations in Xinjiang can hardly be monitored by UAVs: They are used in situations where evidence as terrorist camps in the outback already exist. Confronted with this Dr. Liang just said, there are different definitions of terrorism. Beside this he mentioned very clearly the problems with drug smuggling in the border region between China and North Korea – which could be a possible target of UAVs. It is not a farming office, but mainly the General Staff Department (GSD) Intelligence Department of the PLA (GSD Second Department), which is interested in collection of military and political intelligence and in the international developments of UAVs. It is hardly surprising that in March 2013 Dr. Liang attended a conference in Israel, sponsored by Sino-Israel Global Network & Academic Leadership (SIGNAL). According to a reports he was obviously looking there for intelligence related UAV technology.

Information is free
Even in another panel („Cyberwar and cyberspace – the fifth sphere of warfare?“)Dr. Liang spoke frankly about attacks on infrastructure in China, which are causing panic especially after parties, when people want to drive home – but can´t due to paralyzed public transport systems. China would be damaged by „unrealistic“ information, which could provoke social unrest. Surprisingly he mentioned as one positive example Wikileaks because this would have been the starting point for the Arab spring. In general most attacks would come from non-state actors, which could hardly be identified. The Chinese government would not conduct espionage, because today all information would be free and China would be interested in the free flow of them. States are – in his opinion – like companies and companies collecting information worldwide. Under this conditions one couldn´t speak anymore from data loss. There would be many terrorists in China, conducting attacks and threatening the public, so it would be necessary to restrict a few civil rights, just to protect them.

Forecast
Dr. Liang´s statement shows the growing self-confidence of officials, discussing at international conferences. On one hand it is a signal that China is willing to assume international responsibility: Beside international anti-terror operations it shows it´s capability to hunt down enemies of the state outside of it´s border. China recognized UAVs as  useful tools in military operations and their use is inevitable. The clear statement about cyber problems shows: Cases like Wikileaks or Snowden are boosting Chinas position in the discussion about hacking and cyber warfare.
Eingestellt von Stephan Blancke um 17:04 Keine Kommentare: