North Korea - From Juche to Plutocracy?

The current brinkmanship in East Asia - even if it is just diminishing due to special dates in the North Korean calendar - is a signal, how strong and urgent the domestic political struggle is going on: There are influential groups which are fighting for a place at the sun, at the Taedonggang Craft Brewery Bar in Pyongyang or in a VIP room in Macau. There are also informal networks which are helping to get a remittance inside and rocket engines outside - to name only a small part of the business.

In other words: Society is changing - even in North Korea. The intelligence about it still seems to be poor, related to the stuff you can read or hear from Western intelligence agencies. I tried to describe a scenario where the old values of Juche are eroding and the new one change the system - hopefully: 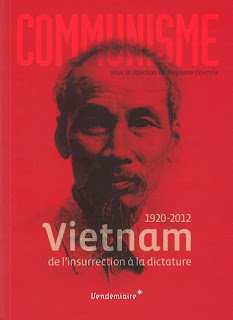 The enemy within - Counter-intelligence use by non-state actors

This is the title of a new paper I published in Jane´s Intelligence Review.
For those who want to go deeper:

Short: "Over the course of 2012, police raids were carried out throughout Germany that highlighted the growing problem of non-state actors acquiring sophisticated counter-intelligence (CI) capabilities. Formerly the preserve of the state, counter-intelligence - defined as the totality of measures deployed by an organisation to prevent hostile intelligence collection efforts against it - has increasingly become a tool and a function of a range of illegal groups."

In other words: It´s about the subject I analysed in my dissertation "Private Intelligence. Geheimdienstliche Aktivitäten nicht-staatlicher Akteure", which was published in 2011:

Private (counter) intelligence will be more and more important in the future, when state agencies have to deal with actors, which behaviour is totally unpredictable - like religious cults. There exist amazing and cautionary tales. Beside others main players are powerful Organised Crime organisations with a global attitude. The latter will influence and form governmental intelligence operations in the future - maybe more than terrorist groups.