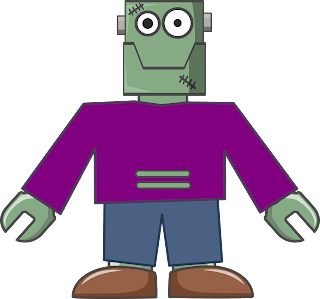 Discussing this with a few people from the counterproliferation branch I recognized that I have to learn something new regarding Weapons of Mass destruction (WMD): Who knows anything about CRISPR? But a lot more people read about Genetic Engineering - which is a good starter to understand CRISPR -  and I remember a case, many years ago, when a North Korean scientist disappeared in Australia. He was suspected of having developed a weapon based on genetic experiments. This case is still shrouded in secrecy and rumours, but it was one of the first cases ever appeared in the public. I plan to write a brief paper about it in the near future.

Genetic Engineering was already in the seventies subject of e.g. a meeting about INFORMAL MEETINGS ON NEW MASS DESTRUCTION WEAPONS:

Combining various search operators - which include CRISPR and WMD - I was surprised by my own data I obviously stored without ever taking special account of it: Related to WMD: 112, related to DPRK: 46, related to North Korea: 79, China: 166, Pakistan: 75, Iran: 88 and finally related to Germany: 115 results. Obviously due to the (unclassified) Worldwide Threat Assessment of the US Intelligence Community of 2016 some people, responsible for the commissioning of intelligence operations, becoming nervous and start reading in Wikipedia about CRISPR. Beside other things Clapper and his guys wrote in the chapter "WEAPONS OF MASS DESTRUCTION AND PROLIFERATION" the following:

"Biological and chemical materials and technologies, almost always dual use, move easily in the globalized economy, as do personnel with the scientific expertise to design and use them.The latest discoveries in the life sciences also diffuse rapidly around the globe."

Around the globe... I think here about two things: First the warning of the Director of the German Federal Domestic Intelligence Agency (BfV) about the danger of Chinese companies, buying out German companies. And second about the rising German CRISPR market and some companies which are involved in the research: Bayer, Merck and Co., Evotec or CureVac - to mention some names. Are they aware of Chinese students and scientists, working in the laboratories? Are they already in the focus of hostile intelligence agencies? Not to talk about our "friends" from France, Israel or the US...

It is a revealing thing to do: Combing through directories of North Korean pharmaceutical institutes and their journals to see their discreet but prolific cooperation with the outside world. But this is another story...