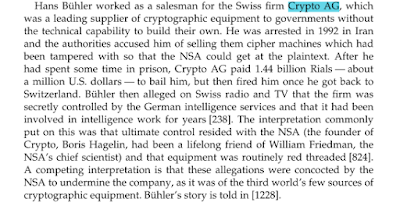 I read in Israeli media that another high-ranking member of the Iran’s Quds Force is said to have died:

AsgharPashapour, a senior member of the Revolutionary Guards’extraterritorial force, was killed Sunday in battle with Syrianopposition forces in Aleppo, the reports said.


Somehow this name reminded me of North Korea - but why? Then I remembered: APA, the Asian Parliamentary Assembly! 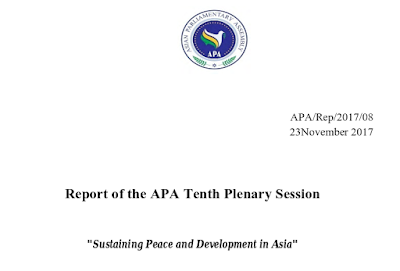 The APA Tenth Plenary Session took place in Istanbul from November 20 to 25, 2017. Numerous interesting Iranians were present, including Pashapour. Due to its members, APA is an extremely important institution anyway, as shown by the list of participating countries in 2017:

And as for North Korea: They were there with some of their people:

In my opinion, it is these meetings and gatherings that are important for the exchange of information and agreements between the countries that the Western Alliance is watching for good reasons. The problem is that forums like APA are largely missed by the Western media. A lot is said about the cooperation and technology transfer from e.g. Iran and North Korea. But the forums and institutions in which the apparently fruitful exchange takes place - one reads less about that. I mention this problem in the chapter on North Korean intelligence services, which will be published shortly.

Incidentally, it should be clear that there are also forums and opportunities here in Europe in which certain states and their institutions meet and exchange information and material discreetly but successfully. This is shown by the current espionage cases, which unfortunately demonstrate how vulnerable a democracy is: Before you take down the subversive activities - you can also call it a betrayal - of certain honorable people, these people have already done great damage and established their network within democratic institutions!